Our former Rescue 2 is now privately owned by the Sharpley Family - who operate "The Vintage Fire Brigade", of Virginia Beach, Virginia. They also operate Antique Engine 2, which is an almost identical replica of the 1948 Seagrave Pumper once owned by the department. Both units are marked with GVFD department insignia and appear in parades and numerous special events throughout the area.

Brief History of Rescue 2
On Monday, January 3, 2012 at approximately 1740 hours, Station 2 placed Rescue 2 permanently out of service. The departments' membership had voted earlier in December 2011 to retire the unit and reduce the size of the fleet. The Rescue was purchased by our department in 2002 from the Blades, Delaware Fire Company (Sussex County - Station 71) and was placed into service on August 5, 2002. The unique unit is a 1983 Seagrave walk-in Rescue that is powered by a 6V92 Detroit Diesel 350 HP motor, coupled to an Allison automatic transmission.  Special features include a 50 KW - P.T.O. generator and a Bauer Mobile Air Compressor, which was the only one of its kind on Virginia's Eastern Shore. When Blades purchased the unit in 1983, it was totally refurbished and re-titled as a 1983 vehicle by the State of Delaware. While serving in Blades, it was designated Rescue 71-6 and was painted white with a lime-green stripe. Originally, the Seagrave 800-KC chassis, powered by a Waukesha 817 gasoline motor & manual transmission was delivered in a solid red color scheme, to the St. Louis, Missouri Fire Department, in 1968 - where it was designated "Squad 1".   The squad body was built by Welch. (St. Louis also had a Mack Rescue that was very similar to the Seagrave). The unit has been featured in several magazines for its unique appearance and interesting history, including the Fire Apparatus Journal and the Virginia Fire News Magazine. The old truck had quite an impressive career, serving in front-line service for over 4 decades. 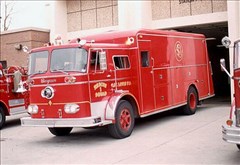 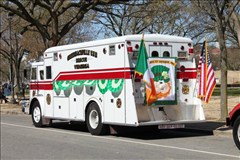 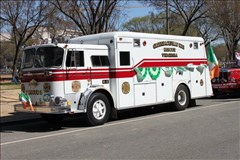 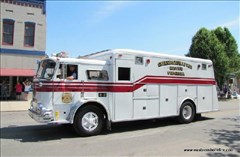 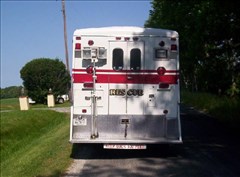 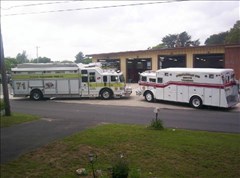 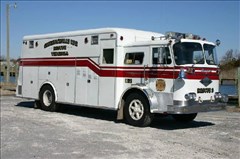 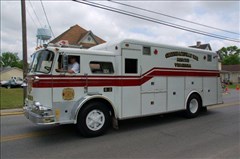 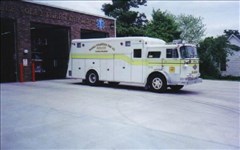 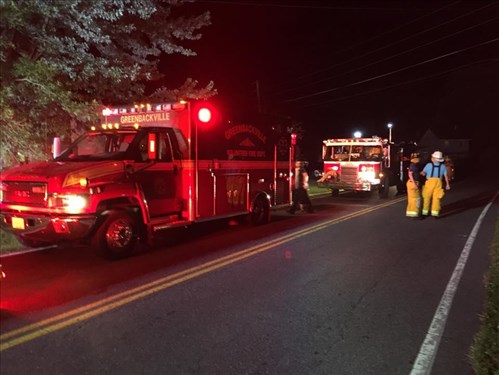